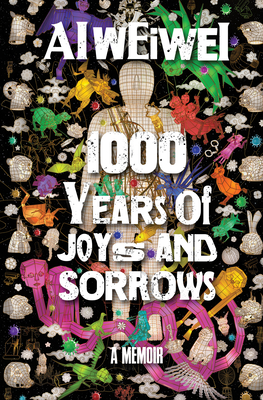 1000 Years of Joys and Sorrows: A Memoir

Calling Ai Weiwei’s monumental story merely a “memoir” is a borderline misnomer. This epic tale covers more than a century of Chinese contemporary history, starting at the birth of his father, poet Ai Qing, in 1910. Ai Weiwei thoroughly traces his family’s mixed story full of fame, resistance, suppression, banishment, and internment, which culminates in his own forced emigration to Europe in 2015.

Roughly the first half of the book is dedicated to the life of his father and its intertwinement with historical events such as the Sino-Japanese war of 1937-45, the Chinese civil war, the rise to power of the CCP under Mao Zedong, the devastation caused by the Great Leap Forward, and the Cultural Revolution. Slowly, the story segues towards how Ai Weiwei himself developed into the artist and activist he is today. His formative years in New York, his return to China, and the time he spent there interned for alleged political crimes are covered in much detail, but never told in a long-winded or boring manner. Finally, he talks about why and how he decided to go into exile and what motives him to continue his fight for liberty and justice, both in China and elsewhere in the world.

To be honest, I didn’t expect too much of this book, but was immediately capture by it. Ai Weiwei gives us a rare glance inside the Chinese soul, always grounded in reality but told in a personal, at times even shockingly intimate, manner. Regardless if you’re a follower of his artistic work or just interested in China and its turbulent 21st century history, 1000 Years of Joys and Sorrows won’t disappoint.