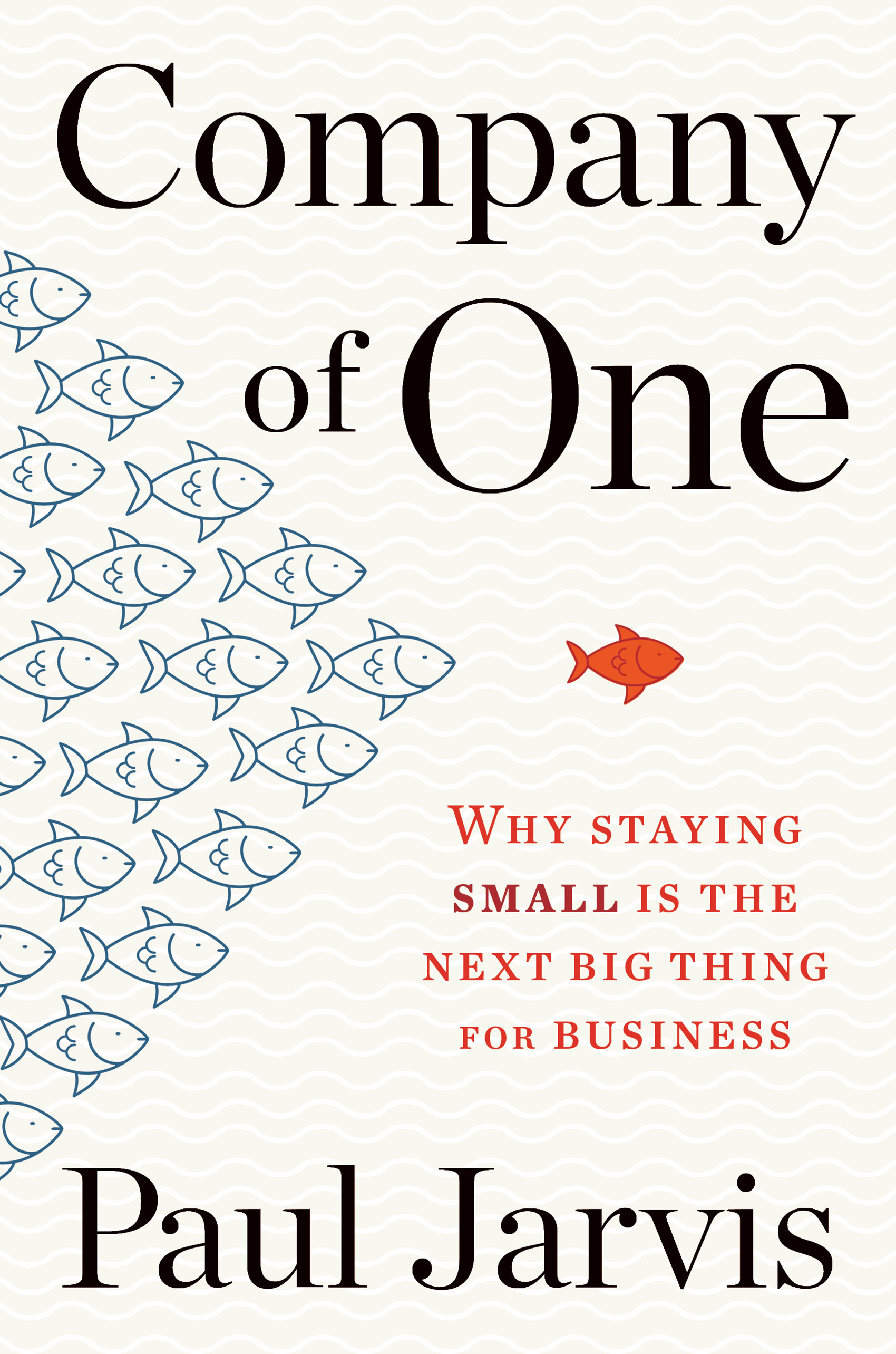 Company of One: Why Staying Small Is the Next Big Thing for Business

What if growth wasn’t the goal? What if you would build your company in such a way that it would ultimately sustain you, and your family, but would never scale into an unmanageable behemoth of an enterprise?

What sounds counterintuitive at first might actually be the solution to more of our problems than we think. Economies consisting of many small companies—companies of one in the extreme—are much more resilient than those with just a few which are deemed “too big to fail” out of sheer necessity.

You don’t have to become an entrepreneur to enjoy Jarvis’ book, though. Much of his thinking (asking “How can I make this better rather than bigger?” for example, or reducing distraction and focussing on what’s truly important) can be applied successfully in a corporate context just as well—and ultimately also in life.