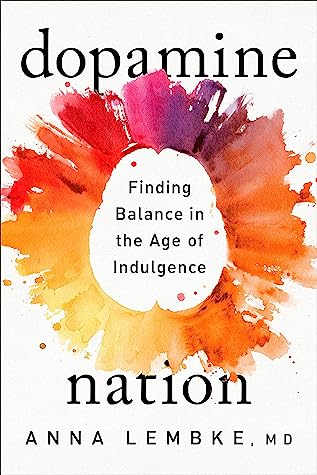 Dopamine Nation: Finding Balance in the Age of Indulgence

Although it might seem like a vast oversimplification, the fact that the human mind has evolved to seek pleasure and avoid pain undeniably plays an important role in how each of us conduct our daily life. Actions which cause the brain to release the neurotransmitter dopamine simply make us feel good, hence we—consciously as well as unconsciously—want to have more of them. On a fundamental level, that’s what drives us to eat, drink, and have sex.

Technically, her argument is sound: Much like the human pancreas has not evolved to handle anywhere near the amounts of sugar that the average person in the 21st century consumes on a daily basis, our brain chemistry is unable to cope with the multitude of pleasant stimuli offered by the modern world. Hence, what was once a mechanism of utmost necessity to the survival of the species has been perverted into a tool that causes addiction and is responsible for a lot of harm. Lembke goes on to explain, sometimes in a slightly comical manner, how pleasure and pain interrelate, and how that dynamic drives behavior. The author furthermore introduces us to the stories of some of the patients she’s treating as a clinical psychiatrist in Standford, and who suffer from a variety of addictions—ranging from masturbation to Marijuana, from alcohol to ice baths, and from binge eating to heroin.

Those anecdotes, as well as the author’s own first-hand account of episodes during which she compulsively consumed vampire romance novels, make the complex subject of neurobiology much more tangible and relatable. Unfortunately they sometimes overshadow the larger, societal questions: How can lawmakers counteract the detrimental effects of compulsive consumption? Are there forms of regulation or prohibition that have proven successful? Is there a sensible balance between punishment, treatment, and re-socialization of addicts? What needs to change in our education system to inoculate the next generation against the allure of binging? Lembke doesn’t entirely shy away from those thorny issues, but the ratio between individual, personal, relatable accounts and the abstract level of societal impact feels a bit at odds for a book titled “Dopamine Nation”.

Not quite a self-help book, Lembke’s work nevertheless details the tools and techniques she employs in her practice to treat patients with compulsive consumption issues, which may be useful and actionable for some readers. Of course, even the best book can never replace formal treatment by an experienced counselor. But the insights into how our brain works, how we can become more cognizant of the desires that push and pull us, and how to avoid getting trapped by some of its evolutionary shortcomings, are highly valuable.