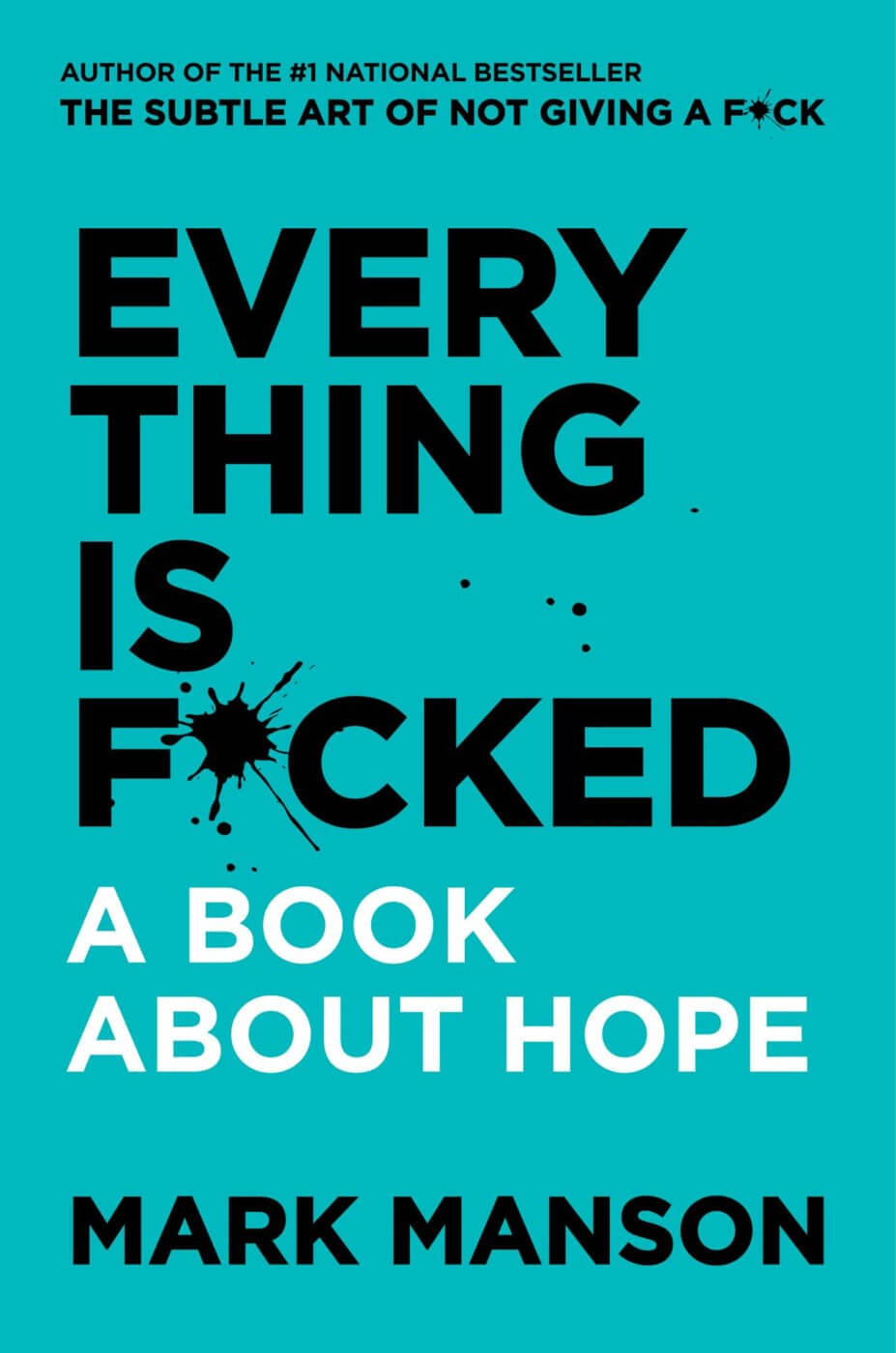 Everything is F*cked: A Book About Hope

Buckle up, reader! Mark Manson once again will take us on a wild rollercoaster ride through history, psychology, and philosophy. Of course, the trolley is going at least 400mph. And of course it’s on fire. And it’s headed towards a cliff. And deep down in the abyss awaits… the Singularity.

Much like in “The Subtle Art of Not Giving a F*ck”, Manson eloquently weaves a tapestry of philosophical threads ranging from Plato and Buddha to Nietzsche and Kant, from Schopenhauer and Durkheim to Bostrom and Musk. And while coherence is sometimes sacrificed in favour of pace, the resulting DIY-approach to life, happiness, meaning, and the future, feels surprisingly harmonious for the most part.

“Why are we unhappy?” Mason asks. Because we hope. For something better that somehow never arrives. And even if it does, we’re quickly bored with it and begin longing for the next shiny thing. The bigger house, the faster car, the sexier girlfriend. Thus, the cycle starts anew. Repeat ad nauseam.

This unsatisfiable hunger is so deeply ingrained in our nature that it’s essentially what defines the human condition. And that we need to break this cycle of hope, achievement, and disappointment in order to reach anything resembling happiness—or at least, equanimity—has been codified and taught for at least a couple of thousand of years. But Mason, equipped with his familiar toolbox of four-letter swearwords and cultural references, for sure has a better shot at making this insight accessible to a generation of frustrated Millennials and Gen-Zs that a bunch of bald guys in orange robes.

What about the Singularity though? Well, Mason, like so many these days, holds strong views on AI, on where that technology is headed, and to what heights it’ll lift humanity in its wake. The book thus closes with a somewhat hopeful—albeit that’s debatable—outlook on our collective future which, maybe, just maybe, would have been better left out. Not that I want to downplay the importance of this topic, quite the contrary. But for a book like “Everything is F*cked”, which is practically a guide to personal ethics based on Buddhist philosophy and Kantian values, visions of a collective hive-mind in which the individual dissolves in a puddle of sweet-smelling happiness just feels a touch misguided.