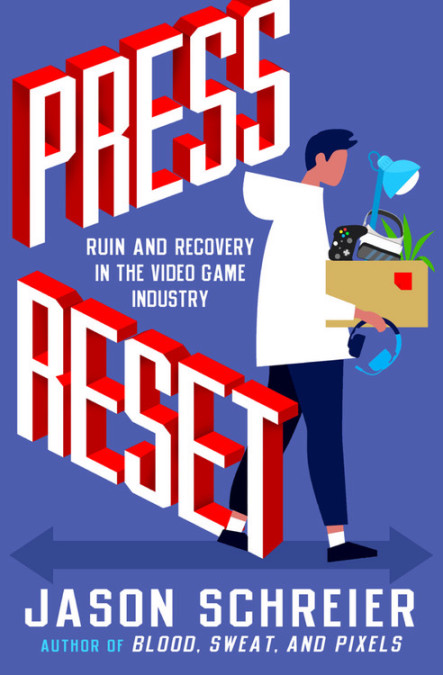 Press Reset: Ruin and Recovery in the Video Game Industry

Working in today’s video game industry, according to Jason Schreier, combines the worst of two worlds: It comes with the insecurity of being an artist as well as the stress and pressure associated with big-business. In his new book, the author of the much acclaimed Blood, Sweat, And Pixels once again shines a light on how poorly the creators of some of the world’s most beloved pastimes are treated.

Schreier portraits the rise and fall of well known game studios, such as 2K Marin and Big Huge Games, and details the experiences of some of their employees. Designers and developers themselves report how they were in high demand one day, laid off without warning the next, only to be re-hired by another studio within the same corporate behemoth (but located at the other end of the country) a few months later. For many, this boom-and-bust cycle of appealing creative work followed by burn-out inducing “crunch” was the main reason why they quit the jobs they once thought would be life’s calling.

Schreier also tries to outline potential solutions to the most pressing problems of the industry. Unionization, more remote work options, and a move towards smaller, independent studios taking on outsourced projects do sound like they could address some of them. But it’s hard to believe that these changes will fundamentally move the needle. As long as games are made the way they are, corporate incentives don’t change dramatically, and so little awareness exists for the perils of creators, it’s unlikely that circumstances will materially improve any time soon.