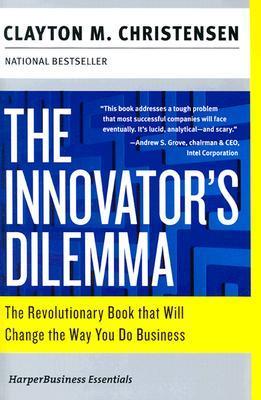 The Innovator's Dilemma: The Revolutionary Book that Will Change the Way You Do Business

In the long term, almost every successful venture fails at some point. Very few companies consistently outperform their competitors for decades or more, and The Innovator’s Dilemma explores why that is the case.

In this 1997 classic of business literature, Clayton Christensen coined the term disruptive innovation and systematically explored why organizations that seemingly did exactly what they were supposed to be doing were upended by it. As it turns out, as companies become more and more successful by catering to their core markets, they run an increasing risk of neglecting particular small, hardly profitable segments of niche customers. In these corners of the market, upcoming competitors can thrive because they’re pressured to innovate—often out of the pure necessity to survive. But once those battle-hardened contestants come out into the daylight, they can swiftly and aggressively move upmarket and completely disrupt what was once the incumbents sole realm.

Examples including IBM, Kodak, HP, and Honda illustrate how these dynamics have played out time and time again, and how one can safeguard against their destructive potential. Today, more than 20 years after Christensen’s book was first published, the innovation/disruption cycle is spinning faster than ever, making The Innovator’s Dilemma highly relevant for anyone who wants to understand—and to influence—why some companies succeed while others fail.