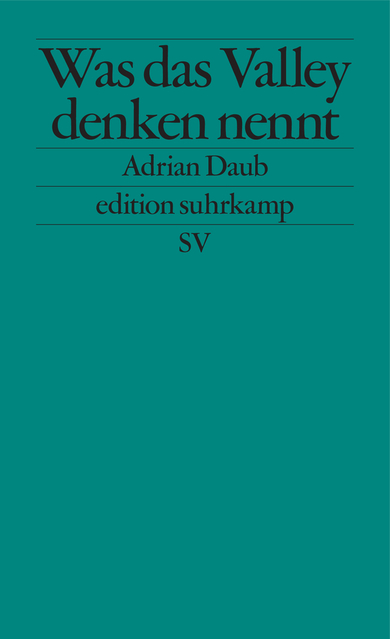 In his short book, German-born Stanford literature professor Adrian Daub takes a critical look at the predominant ideology in his adopted Californian home turf. Despite the risk of overgeneralizing, his perception of the visions and motives that drive Silicon Valley’s most prominent figures certainly ring true to anyone familiar with the thinking of Peter Thiel and others.

Daub’s Book grants us unexpected insight into the people behind the handful of companies which shape so much of all of our lives. Their leaders, as well as the rank and file, seem torn at times between visions of an Ayn Rand-ish dystopia and all-out egalitarianism. Which of these views, if any, ultimately will prevail is impossible to predict. Nevertheless, deepening our understanding of the cultural tides that sweep the Valley is indispensible if we want to partake in civil discourse about innovation, tech regulation, and individual and collective liberties.